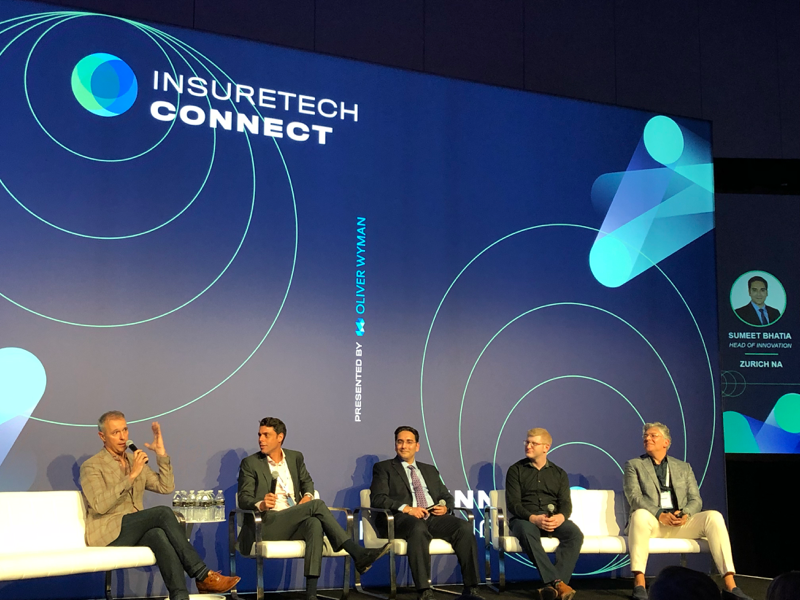 The insurtech space is rapidly expanding and the associated opportunities are never-ending. While more technology startups partner with large legacy insurance groups to implement innovation, the conversation around the dynamics of these collaborations increases.

These partnerships were one of many subjects covered at this year’s InsureTech Connect, the world’s largest gathering of insurance leaders and innovators. There, Zesty.ai CEO Attila Toth was a featured participant of a four-person panel discussing the challenges present when joining current, state-of-the-art technology and traditional legacy insurers.

Because these apparent issues are not simply limited to the new technology being implemented, Toth was asked to share his thoughts on the keys to success when connecting advanced tech to traditional insurance groups.     ‍

One of the largest global insurance carriers with $33.4 billion gross premiums Zurich holds a global startup tournament, the Zurich Innovation Championship (ZIC). This year, Zesty.ai won the silver medal at the championship among 459 startups from around the world.

As one of the winners, Zesty.ai has gained unparalleled insight into making a smooth, successful connection between a 21st-century insurtech startup and a legacy insurer.

Zesty.ai has been working with the global insurance group to leverage artificial intelligence to model the impact of natural catastrophes, such as wildfires, on communities and the business of insurance carriers.

Within 7 months of the inception of the partnership, the pair has concluded a successful pilot program within a business unit and is in the process of executing one with another. At InsureTech Connect, Toth shared the details of how the startup and legacy group made the connection work.

The biggest challenge most legacy insurers and agile insurtech startups face in working with one another is syncing the startup’s funding cycle with a larger insurance company’s technology adoption cycle.

Toth explains that traditional adoption cycles for carriers are longer than those of startups funding cycles.

“Traditional technology adoption cycles for insurance carriers can range anywhere from 2 years to even 5+ years. On the other hand, venture capital funding cycles last only 12-18 months.”

During these cycles, both the carriers and startups must show proof of progress.

Between funding cycles, startups are required to provide clear evidence of success in the form of product and commercial milestones being met. Insurers, on the other hand, follow a different timeline and structure to award those contracts.

The difference between the insurtech startup’s funding cycle and insurer’s tech adoption cycle often leads to a lack of synchronization. Uncoordinated cycles then result in a myriad of failed pilots between underfunded startups and innovation-hungry large carriers.

To begin to bridge the gap, insurance companies must approach the unique partnership with insurtech startups differently than those with incumbent technology or data providers.

According to Toth, both parties would benefit from insurers rethinking their procurement processes with insurtech startups in mind.

“Traditional insurers should streamline their entire technology procurement processes when engaging with insurtechs. They should move from year-long vetting processes with overly rigorous info security reviews to quick pilots and exponentially increase the speed of their learning.”

Zurich proves to be a successful example of this structure. For instance, the carrier completely re-engineered its new technology evaluation process by establishing the ZIC, which acts as a structured, time-bound vetting process of global startups.

To shorten the long adoption cycle, Zurich began by narrowing down their list of tech startups at a country-level. Then, the selection process took place at the continent-level before finally ending on a global level.

In addition to rethinking processes around technology selection, there are three major elements, which must be in place for a successful partnership between the insurtech startup and the insurer:

According to Toth, Zurich is on the right track to more successful partnerships with insurtech startups.

“Through the ZIC, Zurich has found a creative solution to dramatically accelerate adoption of innovative new technologies,” Toth says. “I hope many more carriers and reinsurers will follow suit and rethink the way they engage with insurtech startups.”