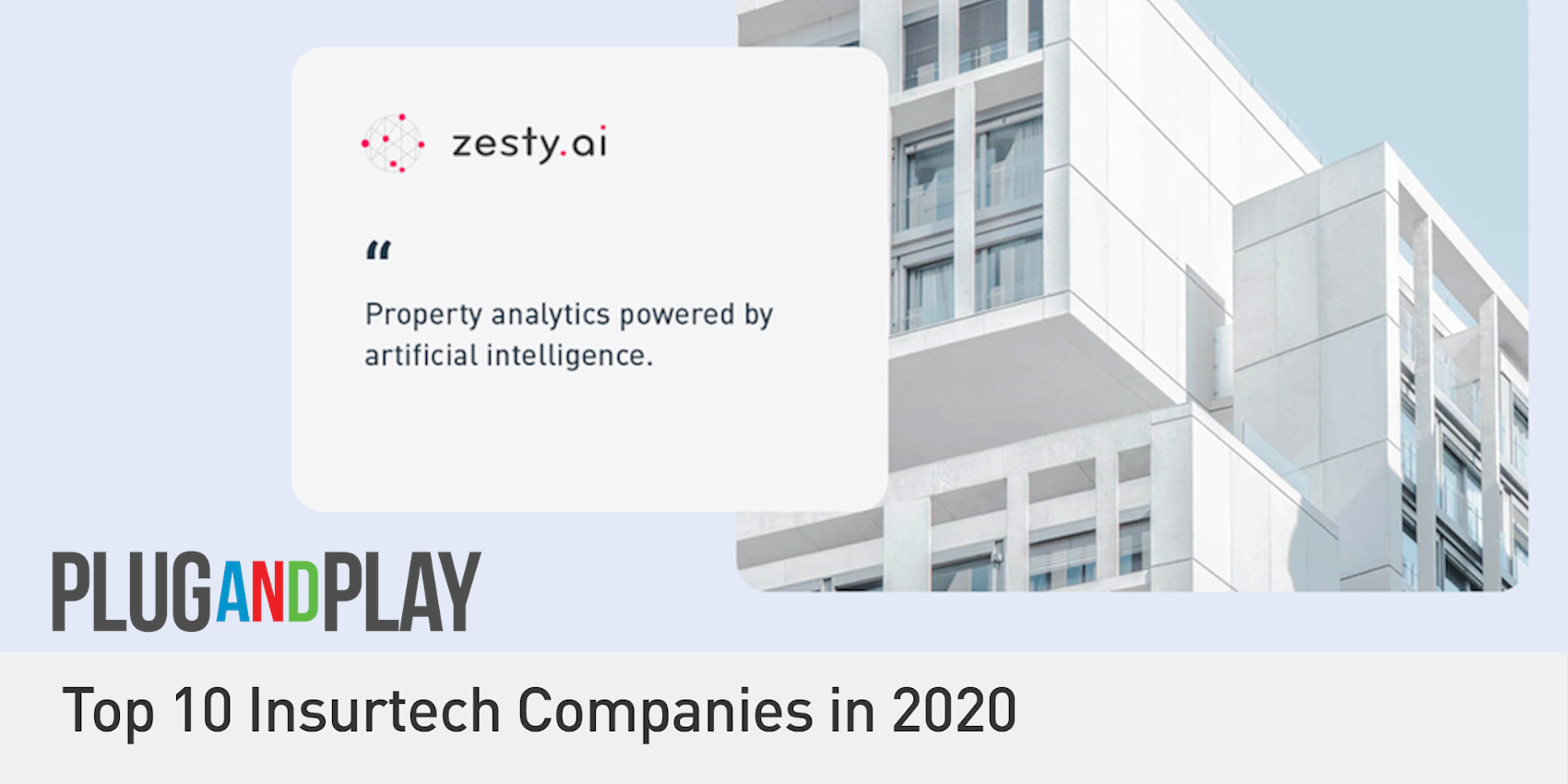 Zesty.ai is the only company in the Property & Casualty category to be named to the list.

Plug and Play, the innovation platform with 80+ worldwide corporate insurance partners, has named Zesty.ai on its “Top 10 Insurtech Companies in 2020” list. The company was chosen for harnessing the power of Artificial Intelligence (AI) to change the way the property insurance industry assesses risk. Zesty.ai partners with insurance carriers, reinsurers, MGAs, and digital distribution platforms.

Zesty.ai is proud to have its hard work in AI-driven digital transformation recognized for the second time by Plug and Play. Previously, the company was honored with the People’s Choice Award for Most Innovative Insurtech Startup at Plug and Play’s Summer Summit 2018. Early last year, Zesty.ai was named the Silver Winner in Zurich’s Worldwide Innovation Championship among 459 global Insurtech companies.  Later in 2019, Zesty.ai was also named one of five companies as “Cool Vendor” by Gartner, Inc in the report titled “Cool Vendors in Insurance”.

Read More at Plug and Play...